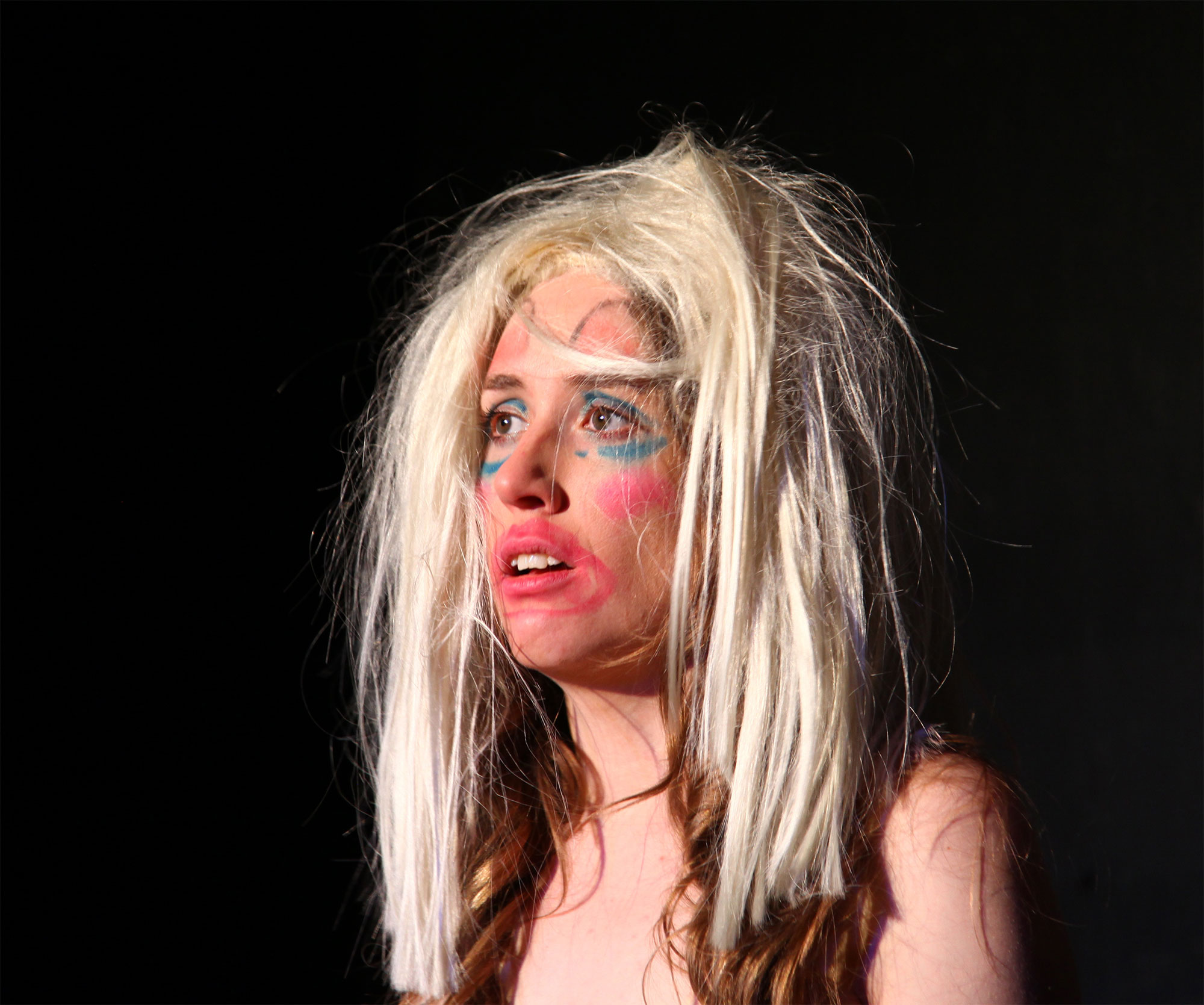 ‘…an important and challenging artist who seamlessly combines the power of cutting edge live art and contemporary feminist dialogues with unique writing and performing skills that harness the immediacy of stand up and the shock of new writing. ‘
Dr. Marisa Carnesky
Artist / Director / Teacher

Claudia Jefferies is a Theatre Maker, Writer and Performer. She creates live and recorded performances that are political and which take overlooked, over-tolerated examples of everyday hideousness and expose them with gaudy theatrical splendour. Claudia is an associate artist of Carneksy’s Finishing School .

In 2013, she devised and performed her first solo theatre show, Jewel, which was inspired by the phenomenon of child beauty pageants in the USA. Jewel aimed to critique this culture by pushing it’s gestures and physical language to a grotesque extreme. The show toured to Brighton and Edinburgh fringe festivals and was programmed by Battersea Arts Centre for their New to Edinburgh scheme.  Jewel was nominated for a Fringe Guru One to Watch award following its debut at Brighton Fringe 2013.

In 2015, she began working on her second solo show, Syd and Sylvia ,  a critique of sexism and rape culture that combined Drag, Cabaret and Spoken Word with naturalistic perfomance. Syd and Sylvia did a full run at Edinburgh Festival Fringe 2017 and toured to UK feminist theatre festivals in Spring 2018.

She started writing and developing Stranger Danger, a piece of poetic text for performance about outsiders and the politics of ostracism in 2018. The text and performance has been developed periodically since then, with performances and residencies at Theatre Deli London and TR2, Theatre Royal Plymouth.  Stranger Danger was due to be presented as a full length theatre performance in Spring / Summer 2020, but Covid 19 restrictions made this impossible.  As a response, Claudia created a shortened version for film which can be viewed here

Claudia wrote and delivered Future Proof for Plymouth Fringe online 2020, which is scheduled for further development with Theatre Royal, Plymouth in Autumn 2022.