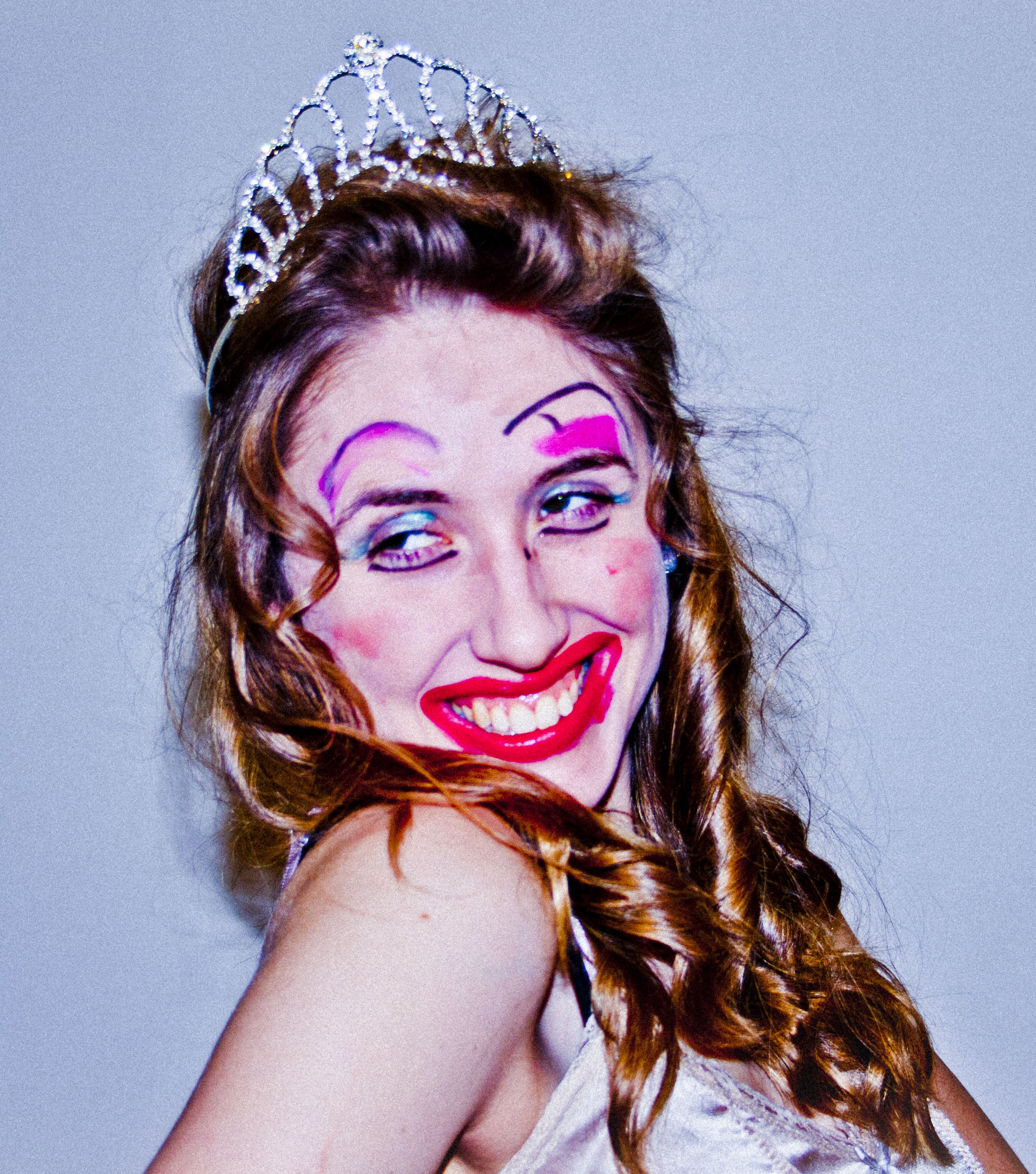 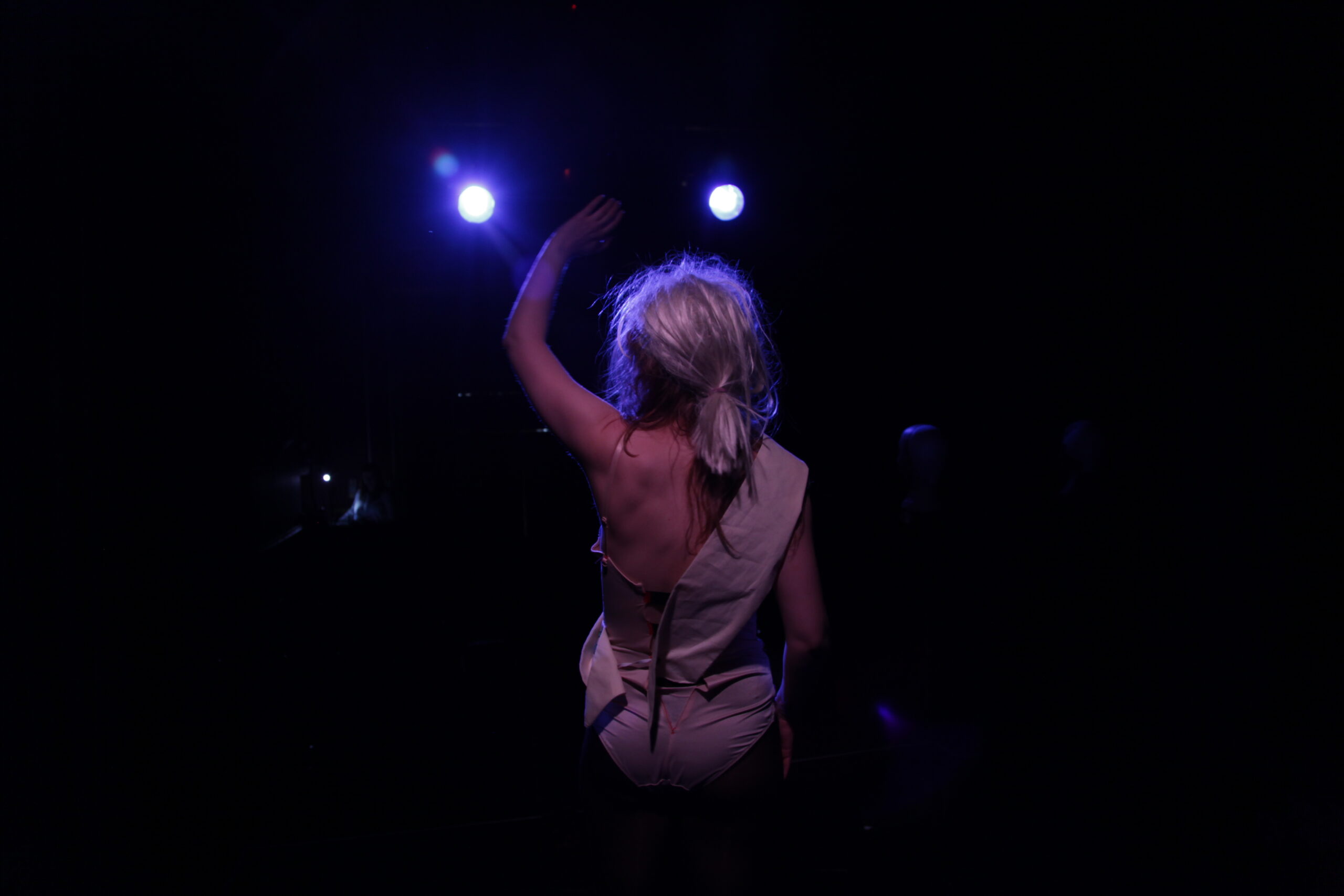 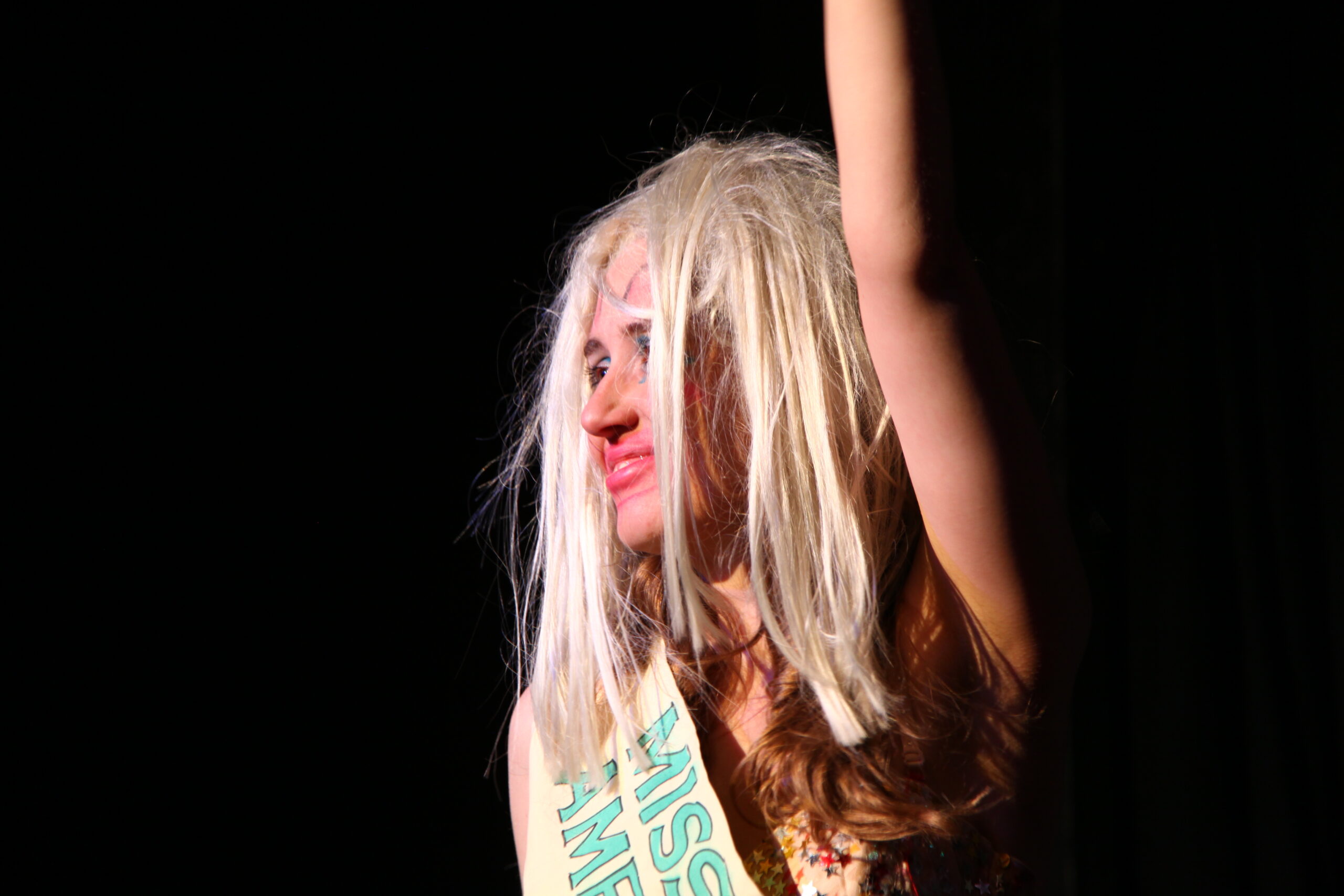 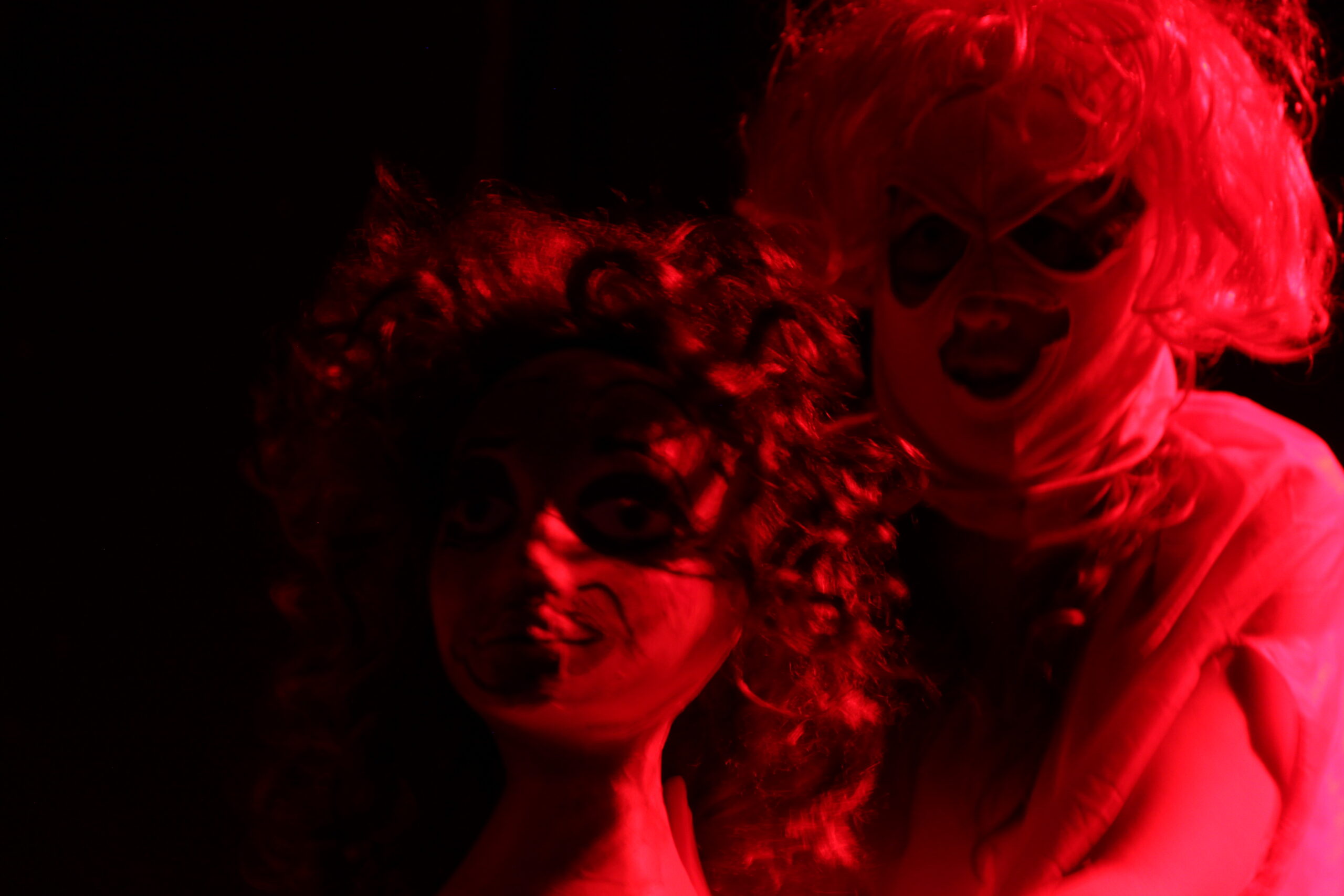 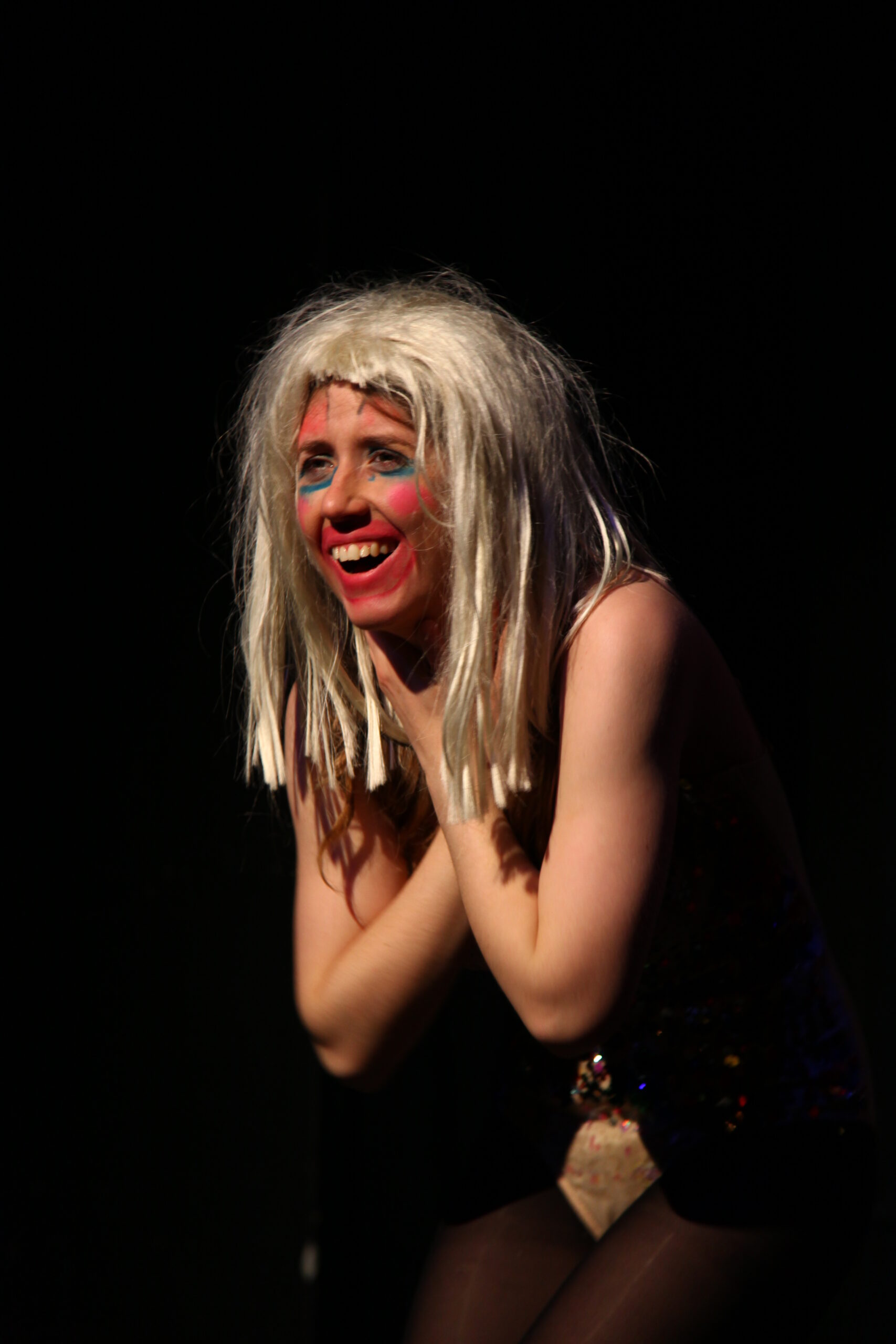 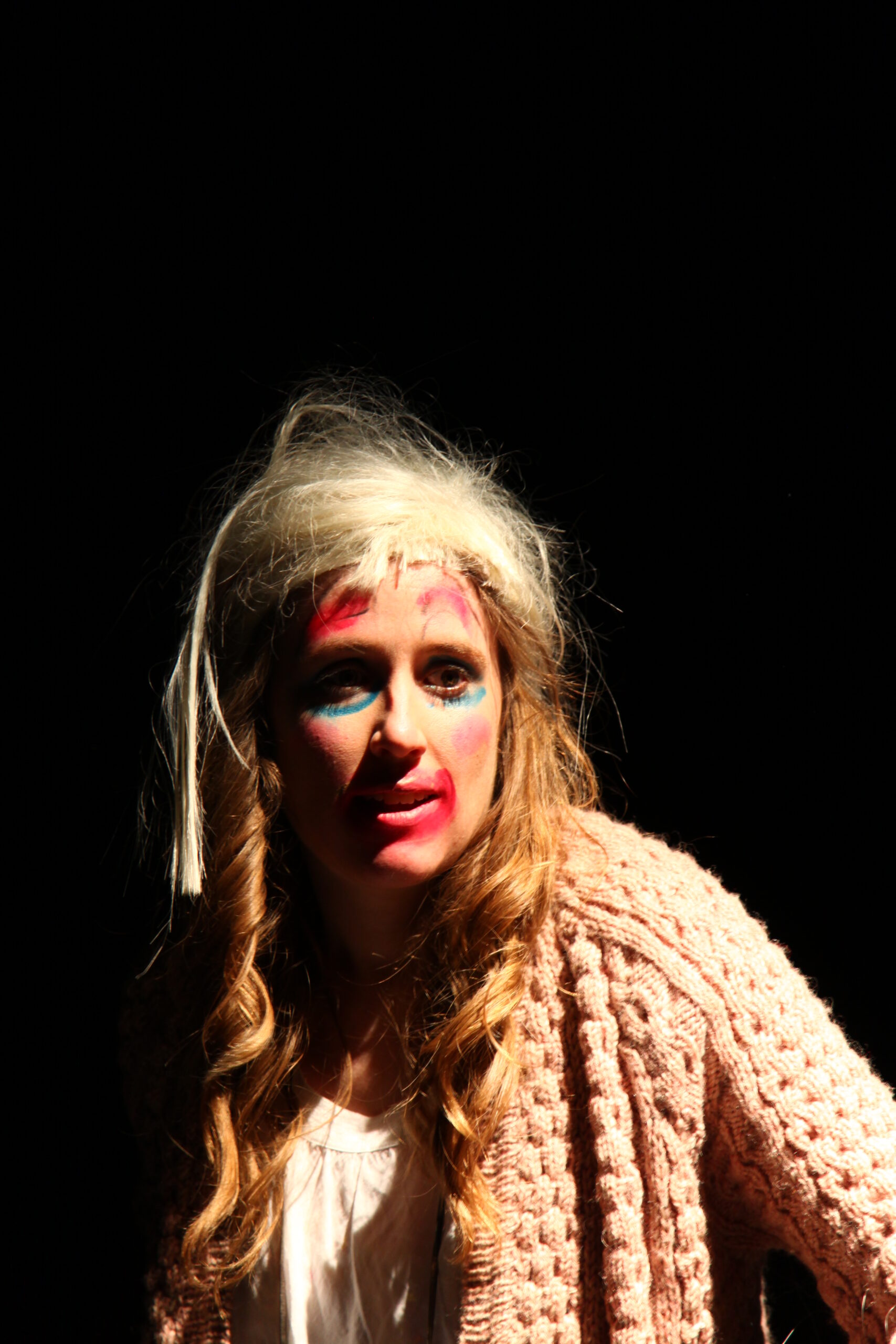 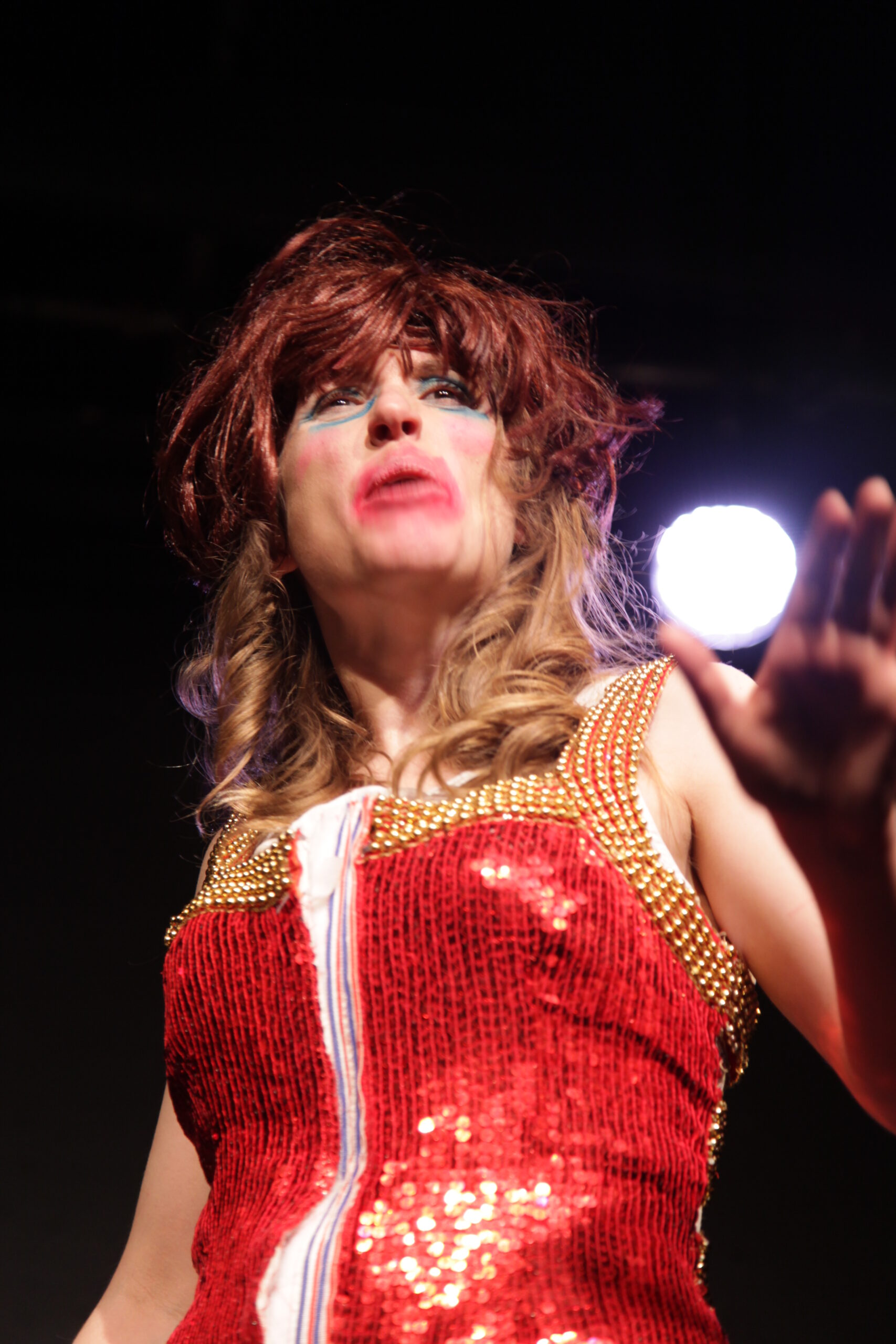 Jewel is entering a beauty pageant.  If she doesn’t win, she’s gonna be upset…

Jewel was a grotesque comedy that explored the phenomenon of child beauty pageants, from the garish costumes to the extreme culture of performing femininity by minors, and the narcissistic adults that dominated their world.

Jewel depicted three generations of one family, who were competing against one another for the top prize in a regional beauty pageant.  The youngest of which was named Jewel, followed by her mother, Pearl and grandmother, Diamond, with Pearl as the cruel and deluded villain of the piece.  They were creatures not quite of this world, with their ridiculous makeup and multiple sets of eyebrows. There was also a fourth character – a “prawn” – who wore a pink balaclava with an attached wig and pink body sack.  The Prawn represented the absurdity of the beauty pageant world and the damaging ideology that surrounds it.

Created in 2013, Jewel toured to Brighton and Edinburgh Fringe Festivals and was programmed by Battersea Arts Centre for their New To Edinburgh preview scheme.

“A bizarre and dreamlike piece, Jewel trod the line between live art and theatre.” – LANCASHIRE TELEGRAPH.

“The portrayal of this culture through the lens of performer/writer, Claudia Jeffries…was just downright fascinating and pretty close to the mark.” – FACELESS MAGAZINE

Jewel was nominated for a Fringe Guru One To Watch award following it’s debut at Brighton Fringe 2013.

Music composed and arranged by Elliott Hall and Claudia Jefferies.

With special thanks to Tuan Ly and Rebecca Walker.

Photo at top of page by Elliott Hall